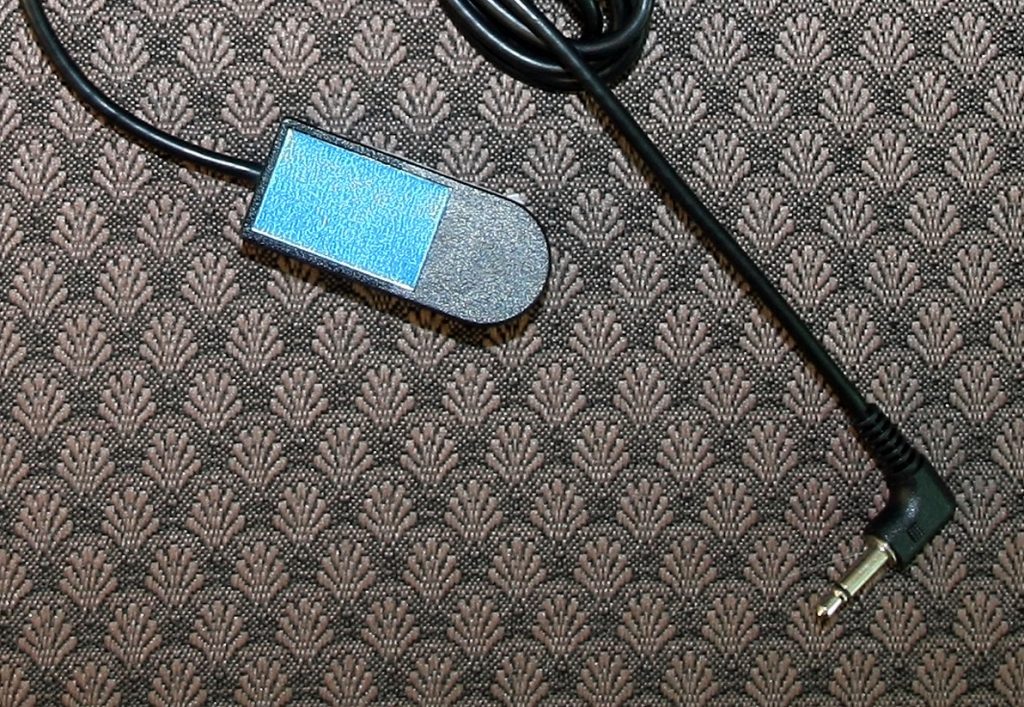 The Microlight is a compact switch that is easily activated. Seen here with a blue sticker, four other high-visibility colored stickers are available.

Meet Victoria. The name is fictitious, but little girl with SMA (spinal muscular atrophy) is very real. SMA is genetic disease affects the part of the nervous system that controls voluntary muscular movement. With Victoria, her only movement is in her right thumb, though she has been regaining movement in her other fingers. Her school district referred her for assistive technology and augmentative and alternative communication (AAC) evaluations. Jeannette Van Houten, Assistive Technology Specialist, took the case.

The school district needs Victoria to compete her work independently; staff is on hand to input her work into the computer. Central to the initial evaluation for Jeannette was that she knew Victoria could talk but needed to know the volume her speech. True AAC is used with persons not able to articulate their thoughts out loud. What Victoria needed for her soft voice was a voice-amplification system, similar to the ones presenters and tour guides use. 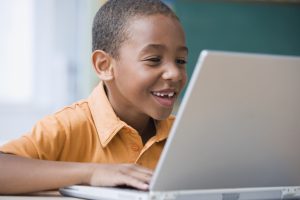 Clicker 7 makes word processing accessible to students with autism and other disabilities.

The next step was the input device. At first, Jeannette thought Victoria should be using a Tobii eye gaze device. Eye gaze technology enables one to point at a screen to activate a command. However, the district was not ready for that level of technology. So, Jeannette and the Child Study Team worked out a suitable compromise: the AbleNet Micro Light switch. With Victoria, because of her disability, her thumb is the strongest finger she has. A tiny, highly sensitive device, the Micro Light requires the least amount of pressure to activate.  Furthermore, Jeannette recommended a talking word processor, Clicker 7. It is similar to MS Word but has greater access possibilities. With Clicker 7, Victoria can scan through items represented as pictures or a single letter and select the one she wants.

The final piece of assistive technology she needed was decidedly low-tech but highly effective nonetheless. Victoria needs external support for her arm and hand. Jeannette set up boom mic stand with slings to prop up her arm and elbow, along with another one to support her wrist. The latter sling, says Jeannette will prevent the wrist from drooping which could cause contractors to Victoria’s later on. Another boom mic arrangement with slings will be constructed once Victoria is ready for two-switch scanning.

Jeannette points out that Victoria is working on her academics, and she is engaged with full participation in her subjects. The team also has an eye on full participation in extracurricular activities such as Girl Scouts. The district is delighted. “Jeanette is fantastic,” said one of Victoria’s team members. “She is so knowledgeable and clearly executes her suggestions!” 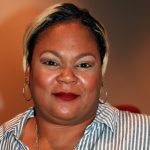 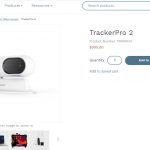