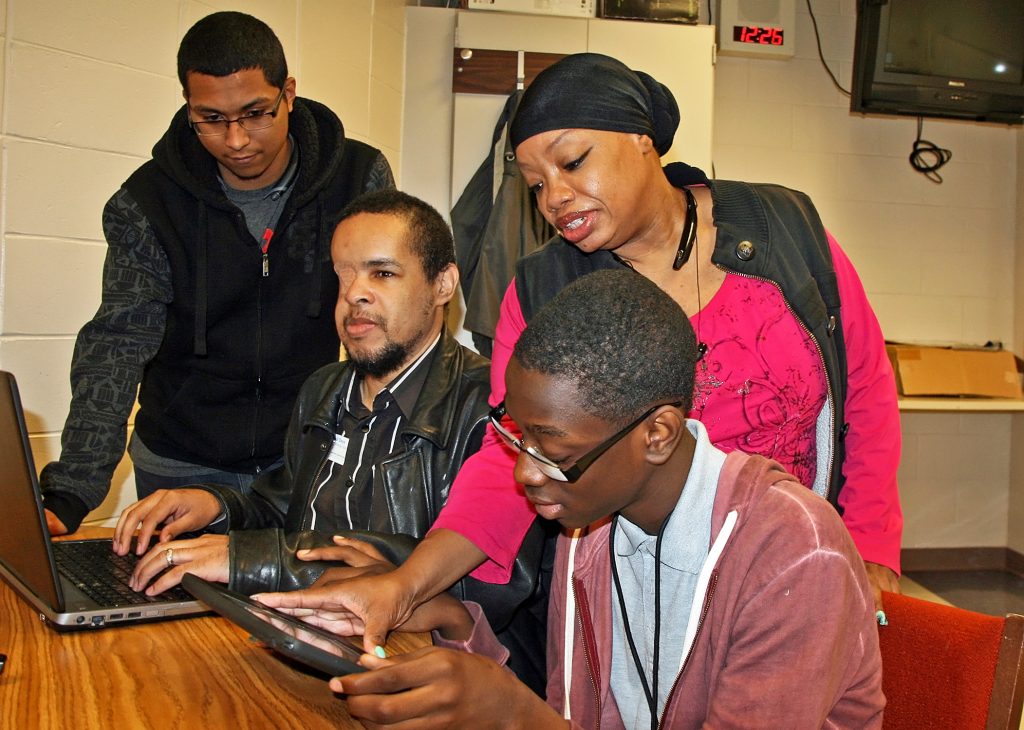 This month, we featured two testimonials of blind clients who were able to pursue their ambitions with the help of Assistive Technology, featuring Wayne K. and Steve R. This is the third and final installment for our series on assistive technology for Blindness Awareness Month.

“He was me back in the day,” thought Paul Daye, Assistive Technology (AT) Specialist, when he met Tyion L., a struggling blind student. “I saw someone who had potential,” says Paul. He was able to share with Tyion his experiences, as he himself was a blind student. 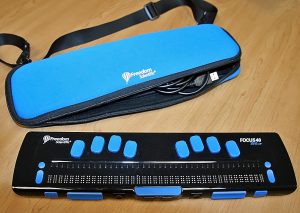 Paul started working with Tyion when he was in middle school. Tyion had problems keeping up with his school work. He was using a BrailleNote Apex, an electronic note taker with braille keys. However, he needed help in printing out material. Though the BrailleNote is a good machine, Paul thought Tyion would be better served with a Apple iPad with a Focus 40 Blue, essentially a braille Bluetooth keyboard. “Tyion really flourished with this technology,” says Paul. “With it, he went from 0 to 100.” He is able to use the combination to communicate with his teachers through FaceTime and e-mail, along with doing research online and attaching videos and illustrations to reports. 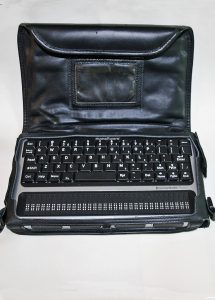 From Technical Expert to Advocate

To get that technology for Tyion, Paul had to assume his second role as an AT Specialist, namely that of advocate. At first, Tyion’s middle school resisted providing him with such sophisticated technology. Some officials thought Tyion would not master its proper use or learn too slowly. Others believed he may use the equipment irresponsibly. Paul intervened. “They were not encouraging him to expand his knowledge,” says Paul, especially by allowing Tyion access only when he (Paul) was present, which was only one day a week.

“Students like Tyion just need some adaptation,” says Paul. In the end, Paul was able to persuade the school officials to allow the use of school’s MacBook. For one, the school was familiar with the iPad. Paul is grateful that at least the caseworker was open and took his suggestion and make it happen. He has a natural curiosity for learning technology, according to the case worker. “Tyion fortunately had teachers who believed in him and, when necessary, allowed him to fail, especially if there was a problem with the technology,” says Paul.

Now in his freshman year, Tyion is doing very well. Tyion’s aide, Glenda Benders, creates adapted materials. She scans handouts and, with the help of a braille translating program, sends the material to a special braille embosser that works (and sounds) like an old dot-matrix printer. Ms. Benders taught Tyion to read braille. “I’ve been with Tyion since he was in third grade.”

Tyion continues to self-advocate by using his considerable academic talents and love of learning to teach himself to use new technologies, along with a traditional QWERTY keyboard he is able to navigate with seemingly greater dexterity than do many sighted individuals. “Even when they don’t have their eyesight, they can do so much,” says Paul’s dedicated assistant, Jonathan Medina. “It’s just great; it’s fascinating.”

“The iPad helps me navigate items on the screen,” says Tyion, who knows all the technical components Paul introduced to him and can explain what he does and how he does it with astonishing clarity. In fact, he created a YouTube channel, Tyion’s Technical Vids, to impart his knowledge and passion with anyone who wants to learn. Tyion shares Paul’s and Jonathan’s enthusiasm for technical marvels that can help him do the things most of his peers take for granted.  He is eager to acquire the new iPhone 7. Paul agrees that while Android apps are generally good, he says that Apple products have accessibility apps built right into the operating system rather than being add-ons. At the end of the session, Paul showed Tyion a refreshable braille display, which translates words to braille by raising and lowering the six dots in each of a series of braille cells to create a running display of words in a text. Tyion was very at the prospect of acquiring and learning this technological wonder in the future.

I was very glad I could help him get there and not get stuck with old technology and remove some of that barrier,” says Paul. “And technology is leveling the playing field for people with disabilities,” he adds. “It is not a job. It’s more like a passion that I can help other blind people get the skills they need to succeed.”

Tyion’s story does not end with last sentence of the previous article. In his spare time, Tyion enjoys sharing his expertise, making how-to videos for “Tec Chief,” the YouTube channel he created, along with his newly completed Tec Chief Google+ account. At the time of this writing, Tyion has created more than 35 videos on various aspects of computer accessibility.

In March 2017, Tyion extended his Tec Chief brand to Google+

At Advancing Opportunities, Paul has been helping consumers from the NJ Commission for the Blind and Visually Impaired (CBVI) learn to use computers. No stranger to working with people who have disabilities, Paul began his career providing youth services at the Liberty Resources Independent Living Center in Philadelphia.  He ran the youth group, provided peer counseling, and conducted life skills training sessions on budgeting, cooking, and everything else young people need to learn to become productive citizens.   The best part about that position, he says, was helping people develop the confidence to be out on their own. Paul also worked at the New Jersey Council on Developmental Disabilities, as the Partners in Policymaking Coordinator. There, he set up classes and training sessions for people with disabilities and their families. He enjoyed interacting with the participants and knowing he was affecting somebody’s life in a positive way. “I have done a lot of work with people with multiple disabilities,” says Paul. “But it has always been a dream of mine to work with the visually impaired community. Being able to that is awesome.” 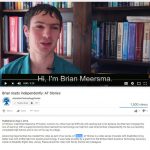 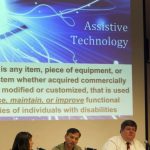