A Student with Dyslexia, Brian, Soars with the Help of Assistive Technology

Large-print books and audio recordings, very helpful to people with dyslexia, have been available for a while. More recently, however, such assistive technology has become increasingly sophisticated.  One notable Advancing Opportunities success story is a young man named Brian Meersma. Back in middle school, Brian struggled to read. His language arts teacher thought he was simply not making the effort. “It was just so frustrating, because I was trying my best, but she didn’t realize it,” he said.  Brian’s parents learned about the Assistive Technology Center at Advancing Opportunities.  His specialist introduced him to several tools. Learning Ally and Bookshare are services that allow him to download books that are either pre-recorded or, through special software, convert written words to speech. Kurzweil 3000 is a downloadable app that provides text-to-speech in seven languages, “reading” any digital text aloud, from textbooks to the Internet. Kurzweil 3000 comes with virtual sticky notes, graphic organizers, writing templates, and spell-checking dictionaries.

For Brian, “assistive technology has been a lifeline,” says his mom. Brian was not only accepted to an Ivy League college, he graduated with honors and is a well-known and highly respected blogger. In addition, Brian earned one of Learning Ally’s National Achievement Awards. These awards recognize outstanding students with print and learning disabilities; they are “role models of success and inspiration to students throughout the country,” according to Learning Ally. Formerly known as Reading for the Blind and Dyslexic, the organization was founded in 1948; its mission is “to promote personal achievement when access and reading are barriers to learning by advancing the use of accessible and effective educational solutions.” Through the agency, students who are blind or have learning disabilities such as dyslexia have access to the world’s largest library of human-narrated audiobooks, along with the assistive technology that goes along with them.

Earlier this month, a highly regarded dyslexia advocacy and self-advocacy group with chapters in states nationwide featured Brian in a short video, as well as in a Forbes article. 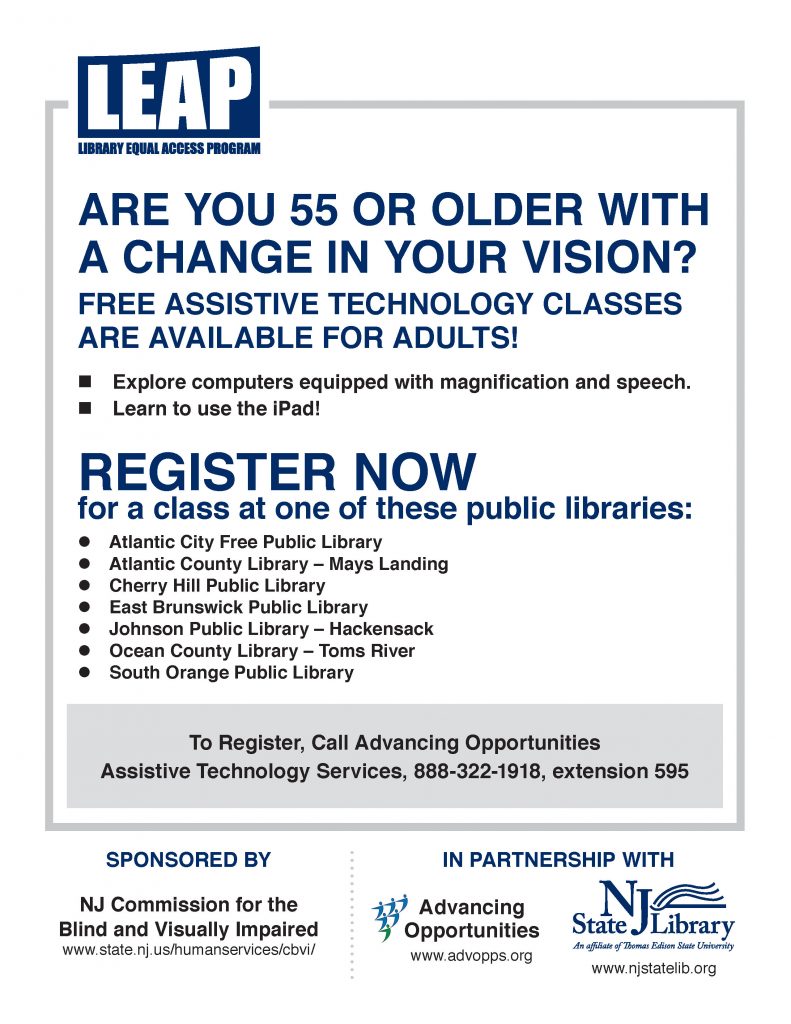 Advancing Opportunities continues to serve individuals with dyslexia and other learning disabilities like Brian. Another program worthy of mention is LEAP, the Library Equal Access Program, a service for the blind and dyslexic available at several public libraries throughout New Jersey.

Without doubt, the dyslexia self-advocacy community will continue to hear from Brian in the future. 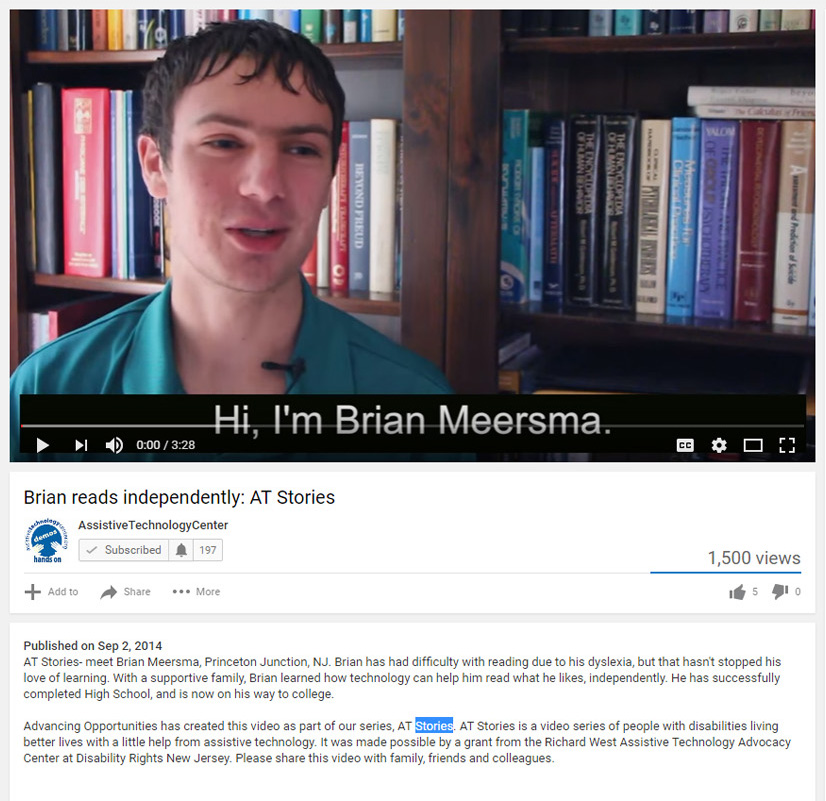 With hard work and assistive technology, Brian Meersma has excelled in college and life. 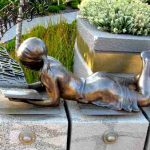 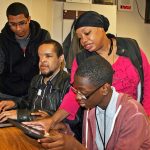