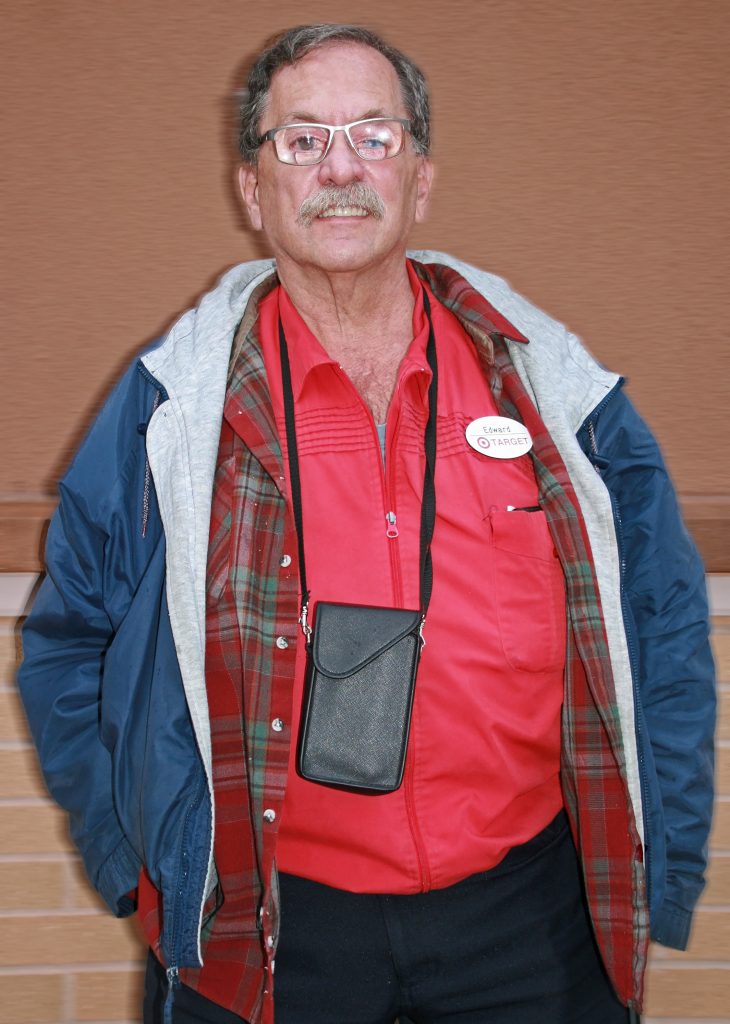 With determination and a positive attitude – and with a little help from his job coach, Ed L. found a job and a great deal of joy.

One of the first impressions one would have upon meeting Edward L. is how he loves to joke. His smile also gives it away. “It’s all good,” says Ed. “I always have a positive attitude.” However, his prospects were not always bright. When Ed had to go on disability because of a progressive visual impairment, he “felt like giving up.” Nevertheless, over time, Ed realized he had a great deal of support in the community. The Lion’s Club provided funding for the specialized eye glasses he needed. The Police Benevolent Association provided funding, as did local volunteer first responders, so he could attend a vocational school. Ed has a personal mission to give back to the community.

Ed was anxious to return to work. In April 2018, Ed’s counselor at the New Jersey Commission for the Blind and Visually Impaired (CBVI) referred him to Advancing Opportunities for Career Development services.  Justin Theriault, Career Development Specialist, became Ed’s job coach. Justin reached out to Ed’s CBVI counselor to advocate for additional assistive technology (AT) services, something Advancing Opportunities also provides. Ed obtained a Candy 5 HD II electronic magnifier, which enabled him to read application forms and other important documents. Ed is very happy with the device. “It’s a game changer,” he says. With Justin and the Candy, Ed was ready to find that job he had been seeking. 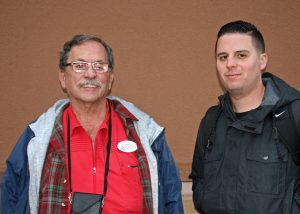 Ed L. (LEFT) and his Career Development Specialist, Justin Thereriault, reflect at the end of the shift.

Finding work for someone with a visual impairment presents a major challenge: many businesses are very worried about their legal liability should an accident happen on the job. Justin acknowledged these concerns, while emphasizing the benefits of hiring people with disabilities confers, such as a higher degree of employee loyalty and a lower rate of absence, along with the tax breaks for which the employer is eligible. Indeed, at the Target store in Parsippany, Justin cultivated a positive relationship with the store manager. Even after he disclosed Ed’s visual impairment, Target accepted Ed for employment.

Starting his new job was a challenge for Ed, however. Ed drew on his positive attitude to overcome his self-doubts. “I had to reassure myself,” he says, repeating his mantra: “I’ve got to have faith in myself.” Nevertheless, with his positive outlook, Ed made himself a very valuable employee at Target. Beyond doing his job of stocking shelves and rotating items in various departments, Ed ensures that customers are able to find everything they need. For example, in the grocery section, Ed noticed that one brand of bottled water was amply displayed, while that of a competing brand was not. He corrected the situation, noting that customers shopping for that other brand would have otherwise gone elsewhere to purchase the item. “I always watch the store as if it were my own place,” he says, citing additional examples such as finding a Spanish-speaking employee to assist a Latino customer. “Without customers, I wouldn’t have a job,” he says. “He’s good with interacting with people,” says Justin. “It’s a natural for him.”

There’s more: Ed arrives a half hour early, ensuring the shelf displays are organized and appealing to the customers. “Target keeps asking me to come for more hours because they like what I do.” Moreover, “If you can make a person smile, it makes their day… and mine.” 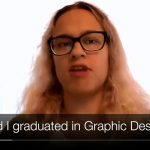 For Erin Main, College Student, It’s All in the DetailsAssistive Tech Tuesday, College for People with Disabilities, Our Consumers, Student Success, Testimonials 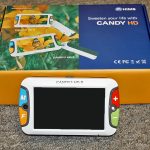