These Ergonomic Mice Are on the Ball! 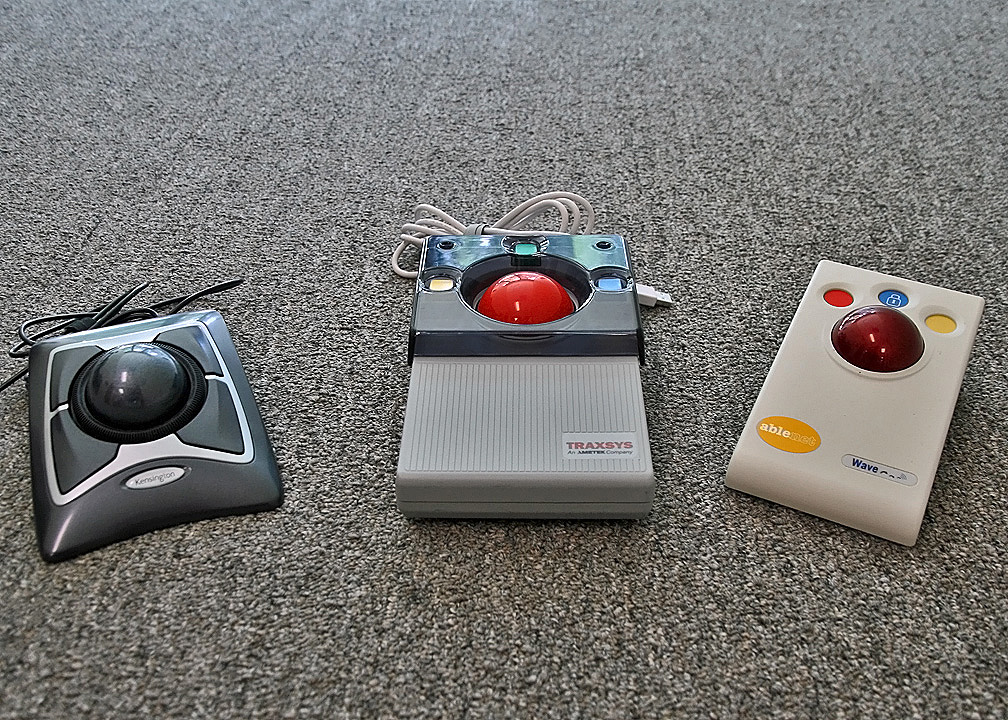 Isn’t the trackball a thing of the past? Not at all! And it’s not only gamers who use trackball mice. Though they appear hopelessly bulky at first, their ergonomic design and ease of use can make them ideal computer-access devices with users who have fine-motor challenges. Trackball mice for people with disabilities! Today, we feature a variety of trackball mice from four manufacturers: Kensington, Traxsys, AbleNet, and Logitech. 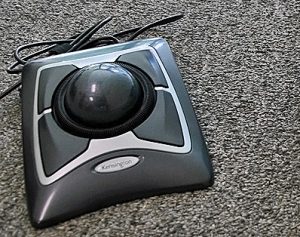 Both the Expert Trackball and Slimline Mouse are available at the Technology Lending Center.

With the Expert Mouse, the user gains direct access to websites and applications via the trackball four buttons that can be customized with the included software. The trackball is 55 mm in diameter, allowing for easier cursor control and accuracy than a 32-mm ball. Surrounding the trackball is a scroll ring speeds to go through long documents and web pages. The unit offers good ergonomic control by being set at a neutral angle and including a cushioned wrist rest. Noteworthy is the symmetrical design, which is equally comfortable for right- and left-handed users. Kensington also offers a wireless version of the Expert Mouse; both are PC and Mac compatible.

The SlimBlade has the same 55-mm trackball as the Expert Mouse, in a sleek, aesthetically pleasing, low-profile package. The SlimBlade also features the four buttons that can be custom programmed noted on its larger cousin. Nevertheless, thanks to its ergonomic design, the mouse is comfortable for many users. Both the Expert Mouse and SlimBlade are available at our Technology Lending Center.

Traxsys: Roller Plus and Roller II 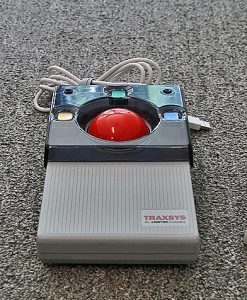 Formerly made by Penny and Giles, the Traxsys Roller II offers a generous trackball, augmented by three special buttons. 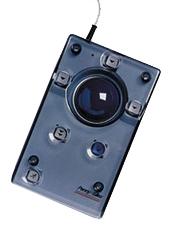 The Traxsys Roller Plus trackball offers computer users with fine-motor disabilities a highly adaptable mouse substitutes. Roller Plus incorporates a generous 63-mm track ball, along with six buttons for the following functions: left and right click, double click, drag lock, horizontal and vertical lock and cursor speed control. The buttons are reversible, a boon for left-handed users. Include is a key guard; this assists in isolating the buttons, preventing two from being pushed simultaneously. A special adapter, included with the Roller Plus, allows external button switches to substitute for some of the six buttons. Any of the front switches can be duplicated via a connector on the back of the unit.

The Roller II trackball is the newest member of the Roller line. The Roller II has the same 63-mm track ball, which is surrounded by three color-coded buttons. The yellow (left-hand) and blue (right-hand) keys substitute for the right and left buttons of a traditional mouse. The green (center, top) key is the drag function; in a manner similar to the Roller Plus, a green light flashes when this key is in use. Included are fasteners that enable the device to be attached to a wheelchair tray or desk. 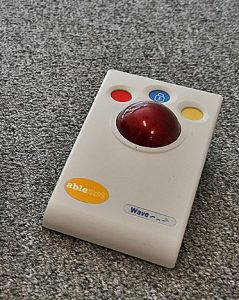 The AbleNet Wave is specially for people with disabilities.

The AbleNet Wave was the very first wireless trackball designed for the needs of users with limited fine-motor abilities. The generous trackball responds to the slightest touch. Each of the red (left), yellow (right), and blue (center) buttons respond in a manner similar to the Roller II, described previously. Two jacks can accommodate alternative switches. The Wave is compatible with Windows, iOS, and Android. 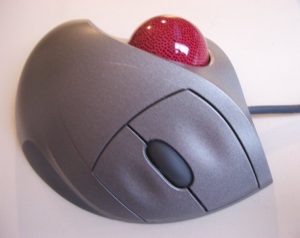 The Trackman Marble has the smooth trackball design for which Logitech is famous. Photo by Langec, via Wikimedia Commons

The Wireless Trackball, is a comfortable right-hand ergonomic mouse. The Trackball, nevertheless, occupies very little space. The wireless design enables the user to operate the mouse in a variety of places; the unobtrusive Logitech Unifying receiver plugs right into any laptop or tablet USB port. Buttons next to the scroll wheel are fully programmable. The efficiency of Trackball is such that it can be operated for as long as 18 months before the battery needs to be changed.

The Trackman Marble and Marble+ have an ambidextrous trackball design. The long and broad palm area of the Marble offers the user support and comfort. Additional control is provided by two ergonomic buttons on either side of the trackball. The Marble+ adds a smoothly operating scroll wheel, all in a gently curved three-button package. Both mice work with Windows, Mac, and ChromeOS. Both the Wireless Trackball and Trackman Marble can be tried out at our Technology Lending Center. 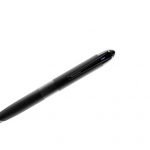 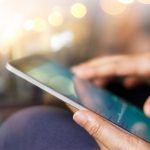