Robbie Loves Being Himself at Weekend Recreation 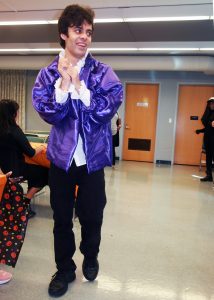 Donning the outfit of one of his favorite artists, Robbie C. entertains his peers with his musical talent and passion.

If you or your child finds themselves being serenaded, the person singing is likely to be a tall, dark-haired young man named Robbie. Music is the way Robbie connects to the world and people around him. For someone who loves to be around with people, like Robbie, Weekend Recreation offers an array of fun-filled social activities every week. “He looks forward to Julissa’s group more than anything else,” says his mother, Mary Ann. Julissa Herrera is the Community Support Coordinator of Weekend Recreation, which serves individuals with all disabilities in Passaic and Essex counties.

Mary Ann is quick to note the diversity of both the staff and consumers of the Weekend Recreation program, which to her and Robbie is a tremendous asset. “Robbie loves the diversity here,” says Mary Ann. “He wanted to be accepted.”  When Robbie had to take a leave of absence from services due to lack of funding, “he really didn’t do well,” says Mary Ann. She noted that her son had regressed in his verbal and social skills during that period. Now? “He just loves the group,” says Mary Ann. “He can be himself.” Robbie agrees, adding, “The group is fun.”

And Mary Ann is quick to acknowledge that a group is not effective without a dedicated staff, who are there because they want to be there. “They have a very humane approach to children,” Mary Ann says. “They are very nurturing.” She is grateful that participants are accepted for who they are. “Their dignity is respected,” she adds. “That’s refreshing.”

A while back. Julissa confided to Mary Ann, saying, “This is the best-kept secret.” Immediately, Mary Ann responded, “It certainly is.” After all, she says, “When Robbie’s happy, I’m happy.” 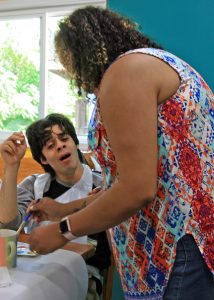 Robbie prepares to make a craft project for his mom, with the assistance of one of one of the Weekend Recreation staff. 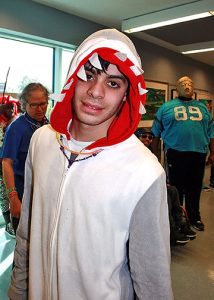 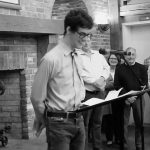 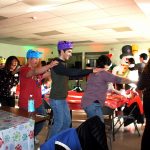 From Our Family to Yours, a Very Merry Christmas, Happy Chanukkah, and a Blessed Kawanza!Advancing Opportunity News, Celebration, Our Consumers
Call Now ButtonDonate Now!
X