Knowing About and Living with Mental Illness 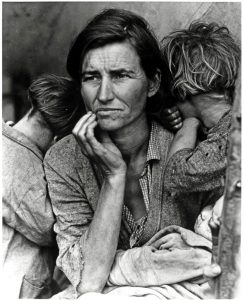 It is indeed hard to talk about most disabilities. Talking about mental health is among the hardest. Yet, nearly 44 million Americans—that’s one in five—suffers from some form of mental illness. To foster an understanding of the importance of mental health and reduce the stigmas associated with mental illness, Mental Health America in 1949 named May as Mental Health Month. The theme this year is Risky Business. It addresses the dangers of a number of risky behaviors:

The New Jersey affiliate, Mental Association of New Jersey, has also published an informative page, “When are behaviors risky business?”

The National Alliance of Mental Illness (NAMI), an important advocacy group, is also helping spread the message. In addition, NAMI has created a safe space, where it is asking people to share their experiences anonymously. 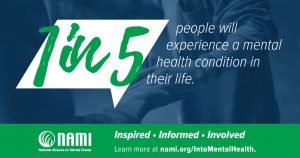 Mental illnesses include a wide range of conditions, including attention-deficit anxiety disorder (ADHD), anxiety, autism, bipolar disorder, depression, eating disorders, obsessive-compulsive disorder (OCD), panic disorders, and phobias. For us at Advancing Opportunities, it is important to know that some of these conditions occur together. For example, people on the autism spectrum have difficulty in social situations; they may also exhibit depression, anxiety, OCD, or ADHD—or a combination of these conditions. Many children with learning disabilities have ADHD and behavioral disorders. In working with children with autism or a learning disability, it is important to have patience and understanding. It is not uncommon for these children to act out, not out of defiance, but either in frustration because they are unable to express themselves in a more socially appropriate way. Among children with autism, many are unable to communicate in words the frustrations they are experiencing, in addition to having a high degree of difficulty.

Ending a Serious Discussion with a Laugh

In 2015, comedian John Oliver devoted a segment on mental illness. To quote, “Mentally Ill People are more likely to be the victims of violence than the perpetrators.” The video is included below, with a warning that John Oliver often uses mature language, so discretion is advised. 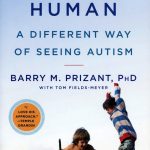 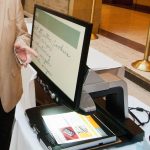