Hooked on a Switch 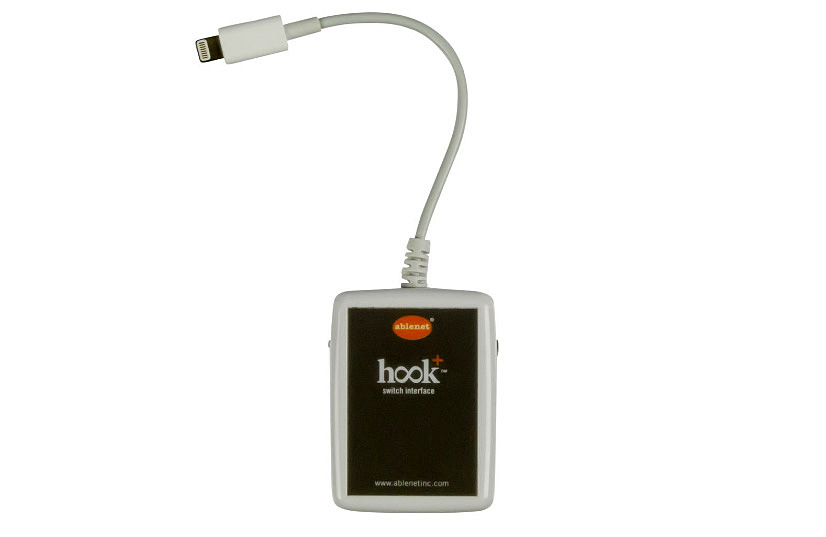 When connected to an Apple iOS device, the Hook+ can accommodate up to four switches for users with a physical disability.

Apple iOS mobile devices – iPhone, iPad, and iPod touch – are known for their many accessibility features. “This is an opportunity for us to make things simpler for people,” says Mike Marotta, who presented on the topic in a 2017 webinar, “Built-in Accessibility Features of Mobile Devices.” Mike is Director of the Richard A. West Assistive Technology Advocacy Center (ATAC), Trenton, New Jersey. Sometimes, even with all that, some users with physical disabilities need external means to access their iOS mobile devices. New to our Technology Lending Center (which is supported by ATAC) is the Hook+ switch Lightning connector, from AbleNet.

From AbleNet, Hook+ is a switch accessory that uses Apple’s reliable Lightning connector to automatically connect as many as four hard-wired switches to an iOS (8 or later) mobile device. Via Apple’s Switch Control, one of Apple’s accessibility features) Hook+ engages the Apple auto switch configurator to and the first time Hook+ is used with an iPad or iPhone it will automatically configure the iPad or iPhone. Then, the external switches can be re-configured manually to meet the needs of the user. It should be noted that Hook+ works with Switch Control (which is found in iOS 8 or later); it cannot run apps that use keystrokes for switch clicks. According to the AbleNet, “Switch Control gives the user the ability to control & navigate most areas & features of an Apple device, not just specific options within a app. This provides a user freedom to navigate all aspects of their device, rather than limiting them to one app.” Furthermore, “Unlike some switch interfaces, Hook+ does not send emulated keystrokes (e.g. Space, Enter, 1) for switch clicks. Instead, Hook+ uses Apple’s new Assistive Switch Events for switch clicks.”

The Technology Lending Center is pleased to have added this handy item to its assistive technology lending library. Try it. With Hook+, users with physical disabilities one can do almost anything on an iPad or iPhone. 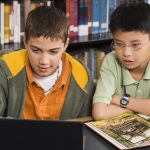