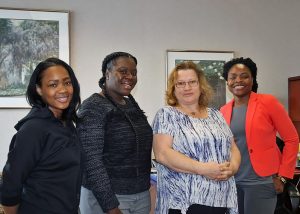 Laurie H., center, is proud of her passing the written part of her driving test. Assisting her were (from left) Shakirah Smith, Raquel Woolley, and Georgia Brown.

“I feel happy,” says Laurie H. “I was hoping I could do it.” And so is Georgia Brown, Senior Residential Coordinator. “I’m ecstatic to report that, after years of trying and continuing this goal, Laurie has passed the written portion of her driving exam,” she said. Georgia stresses that this accomplishment is the result of teamwork, which also involved Racquel Woolley, Residential Manager, and Shakirah Smith, Residential Support Specialist. Laurie adds she is happy about everyone helping her.

It all started last year, says Shakirah, when Laurie approached her with the idea of working toward the written exam. “Over the summer, we went to the park to study.” Georgia, Racquel, and Shakirah emphasize that Laurie “was already motivated; it was her decision.” And “we’re here to help,” says Georgia.

“I’m happy to see her at this point,” says Shakirah. “It was something that would get done,” adds Racquel. In fact, as for Laurie earning her New Jersey driver’s license, concludes Racquel, “I’m pretty sure that’s her next goal.”

“I feel you are doing great things,” says Racquel. “Just having Laurie feel part of the community and that she does not feel she is limited to what she can do,” Georgia points out. “It shows that when you continue to work with consumers, we’ll definitely see them achieve more than we thought they could.” 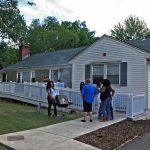 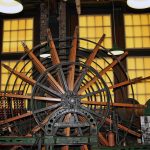