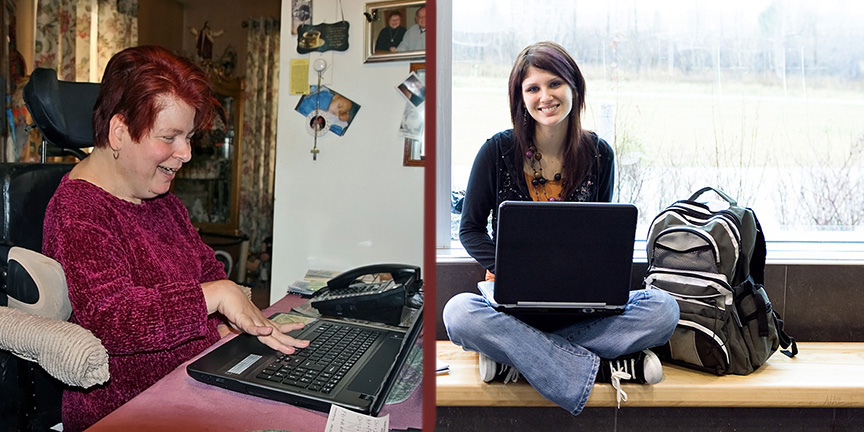 One assistive solution fulfills the need for two women with very different disabilities.

Anyone who has texted with a smartphone has experienced word-prediction software. The convenience and saving of time are readily apparent. For individuals with physical, intellectual, or learning disabilities, this technology can be much more than an expediency. For people with cerebral palsy who have limited hand control, typing each letter of a word accurately can be laborious, if not outright impossible. Individuals with dyslexia have great difficulty spelling certain words. And persons who are intellectually or developmentally disabled have the command of far fewer words. These people truly need word-prediction software that is quick and can suggest words or phrases with far fewer keystrokes than what mainstream apps offer. 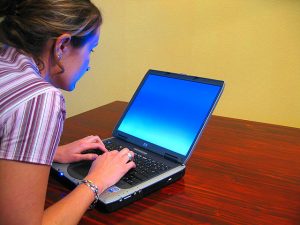 One such program is WordQ, from Quillsoft, a Canadian company. The firm claims that the word-prediction is so powerful that typing each word requires only one or two keystrokes, even with phonetic (“creative”) spelling. As one types, a box with several choices for each word appears under the cursor. WordQ provides the correct spelling of each word at the outset, rather than having the user turn to a spell-check at the end, with all its limitations. The program is an interface, that is, it works in any Windows or MacOS application based on text – not only word processing, but also e-mail and the Internet. Furthermore, WordQ works not only in English, but also French, Spanish, and German, making it an excellent choice for bilingual writers.

Aside from Stephanie, clients who have used WordQ include Abby, a student with dyslexia. It is worth noting that though both women have vastly different disabilities, they both have benefited from same assistive tech answer. This technology is also part of Proloquo2Text, described in an earlier blog post. WordQ finds many uses in the elementary and high-school classroom. At colleges and universities, and in the workplace, there is WordQ Pro which, thanks to its 110,000-word vocabulary, can follow multiple disciplines. For users who need a text editor “without distraction of layout and formatting,” there is iWordQ. (Abby has used other software programs as well.)

WordQ and WordQ Pro are part of the Q-suite, which includes SpeakQ and ThoughtQ. SpeakQ adds speech-recognition capability to WordQ, all geared to users who cannot or have difficulty typing. ThoughtQ uses the language interpretation capability of WordQ to help users find specific information and topics on the Internet, harnessing the powerful search capabilities of Google and that company’s Chrome browser. The suggested words and phrases ThoughtQ generates are what Quillsoft calls “thought triggers,” from which the user chooses. In all cases, it is the user who has the independence to make the best choice in the end. 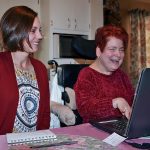 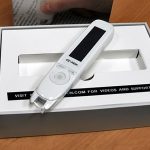