Proloquo Talks for Those Who Want to Talk but Cannot Speak Designed for iPad and iPhone, Proloquo2Go (and its partner, Proloquo4Text) offers an effective AAC solution for a many different users.

“Nonverbal” is, at times, an inaccurate label for some people with disabilities. Though unable to speak or are difficult to understand, many people with cerebral palsy or Down syndrome, or those who have suffered traumatic brain injury, are able to understand language. “A voice for those who cannot speak,” the Proloquo line of Augmentative and Alternative Communication (AAC) from AssistiveWare, a Dutch company, provides a means for these individuals to communicate with a high degree of independence. Proloquo2Go is loaded on an iPad

Proloquo2Go is a symbol-based AAC app for iPad and iPhone (or iPod Touch). The user taps on or uses an adaptive switch to select a symbol that represents a word or phrase. The app then converts the input to natural-sounding voices. These can be male or female, adult or child. Regional accents of English, French, and Spanish are available. ExpressivePower gives the voices a genuine emphasis and intonation.

In addition, Proloquo2Go grows with the individual user as they develop language skills. The Crescendo (which, as the name implies, grows) feature offers three vocabulary levels: basic communication, intermediate core, and advanced core. The same feature also can help the user acquire and develop language skills. As the app supports French and Spanish, bilingual users can communicate with greater ease, using a single language or a combination of two or more. Gateway to Language and Learning is a vocabulary extension module, available as an in-app purchase. Proloquo4Text is loaded on an iPad.

For users who can read and spell and prefer a text-based ACC system, AssistiveWare offers Proloquo4Text. The Text Pad screen is the hub of the app, from which the user can type a message. Assistance in the form of word prediction and sentence prediction is available. The user also has access to Quick Blocks of text and previously used phrases. Like the Proloquo2Go, Text supports multiple languages, which is especially useful for bilingual consumers. Output is the same high quality as 2Go, with multiple male and female voices in a broad range of regional dialects of each language. Additional voices and languages are available for download free of charge (that is, more than 100 voices in 18 languages).

What’s more, interested individuals in New Jersey can try out these programs free of charge at the Advancing Opportunities Technology Lending Center! People in New Jersey can try Proloquo2Go for free at our Technology Lending Center. 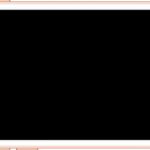 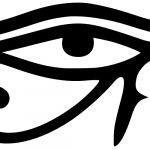