BrailleNote Touch: A Braille Note Taker with the Versatility of a Tablet 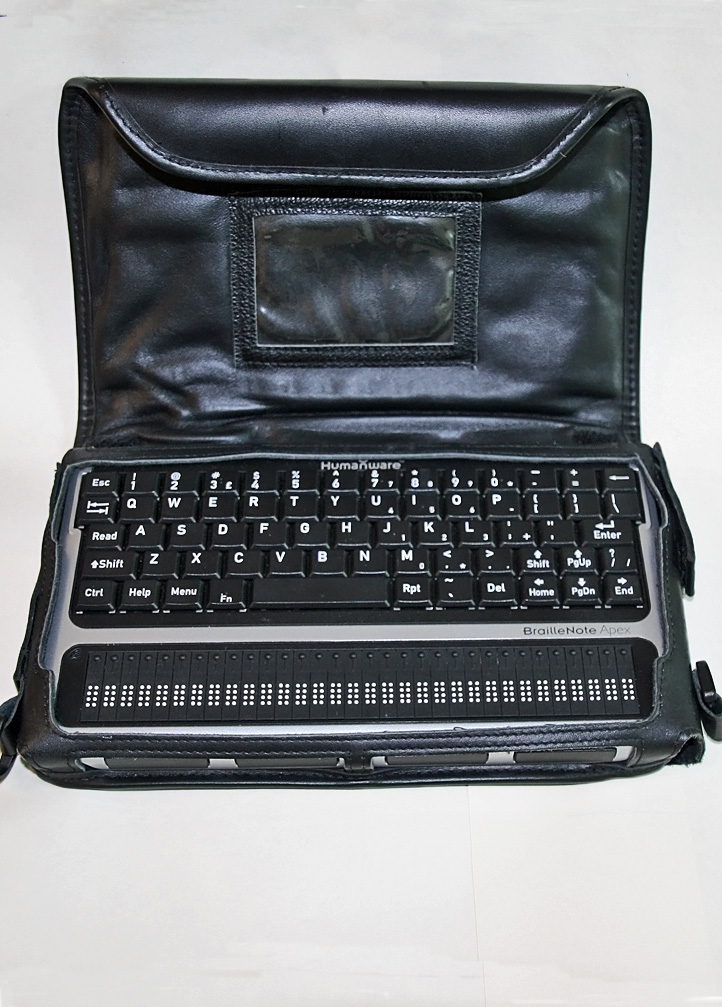 The BrailleNote Apex is a lighter, more-efficient version of the original design. The Touch includes a touch screen under the keyboard.

Tablet computers, especially the Apple iPad, have long been extremely useful devices for users with a variety of physical disabilities when they are loaded with one or more of the many examples of accessibility software available. However, blind or visually impaired users need more, as wonderful as even the Siri speech-recognition software is. Thus BrailleNote from Humanware. 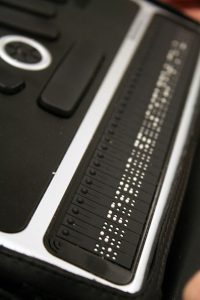 BrailleNote computers for blind and visually impaired users go back to 2000. They pioneered the use of a refreshable braille cell display for keyboard input and output. BrailleNote Apex, introduced in 2009, is a lighter, more compact version of the classic. The KeySoft software suite included a word processor, e-reader, and web browser, among other applications. The device can be equipped with a braille or standard QWERTY keyboard, the latter featuring keys with raised dots.

The latest member of the family is the BrailleNote Touch, released in 2016, addresses the limitations of Braillenote Touch. Most notable, many teachers and support staff in inclusion classrooms do not know braille. In addition, the often-complex command structures lacked visual support, sending these teaching professionals into seemingly endless loops of menus. With its new touch screen, BrailleNote Touch seeks to address and rectify those shortcomings, “combining the benefits… of a traditional note taker with the efficiency and power of a modern tablet.”

Humanware’s thoroughly revised its KeySoft program for the new touch screen (it is now coupled to the Android operating system). Behind all this is BrailleTouch, an algorithm whose virtual keys actually find the fingers of the user! The new BrailleNote Touch can be fitted with a braille keyboard overlay to give the user the feeling of the older BrailleNote Apex they were using previously. In addition, as with the earlier BrailleNote models, the new Touch presents its output via the base 18- or optional 32-cell refreshable display. With all this, blind and visually impaired users can browse the web efficiently, easily accessing and downloading Google Play apps. Books can be downloaded, using the familiar Victor Reader app. The Touch, as with the Apex, is built into a rugged carrying case for best protection, ensuring the device will provide long, productive service. 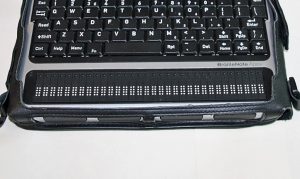 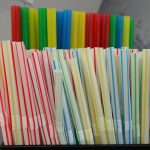