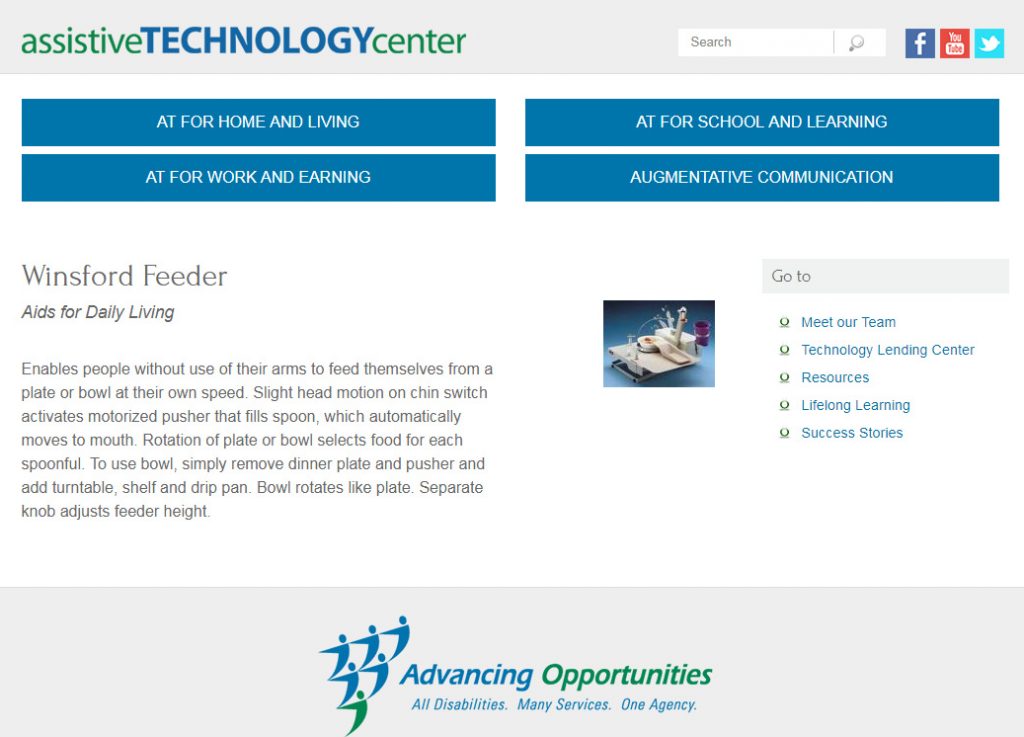 The Winsford Feeder enables persons with disabilities to feed themselves, allowing for much greater independence.

Last week, we presented the Lift Ware spoon, an ingenious device that keeps food steady even when the hand isn’t. This week, we feature a different solution, one for people who have no use of their arms. The Winsford Feeder presents these people the dignity and independence to feed themselves from a plate or bowl. With a slight head motion on a chin switch, the user activates a motorized arm that fills the spoon attachment, and moves solid or liquid foods to their mouth. The same chin switch can also control the rotation of the plate or bowl and selecting the food for each spoonful. A separate knob can adjust the height of the feeder. A separate rocker switch and accommodate a controller activated by another part of the body, such as the hips, knees, or shoulders. In any case, it is the user who sets the pace for the Winsford Feeder. Individuals with disabilities who are New Jersey residents can try it out for free through our Technology Lending Center. 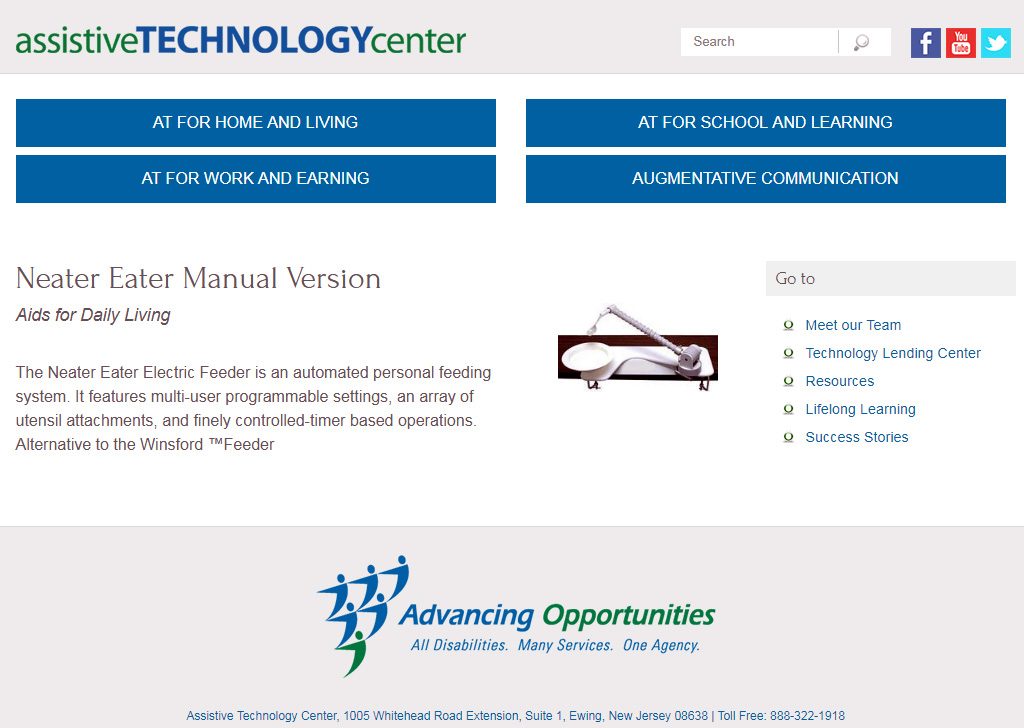 The Neater Eater, available in manual and electronic versions, enables people with physical disabilities to feed themselves independently.

Also worth mentioning is Neater Eater, from the U.K. This piece of assistive technology uses a manually controlled sprung arm to help bring the food to the person’s mouth, which the user controls with his or her arm without needing the required strength or stability. A motorized robotic version of the Neater Eater is available for those who lack any use of their arms (e.g., amputees and quadriplegics).

The precursor to both assistive devices is the invention of Bessie Blount Griffin, which we covered at the beginning of the month. Being able to eat without the direct assistance of an aide affords the individual a valuable measure of independence. 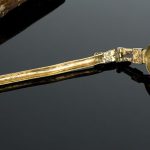 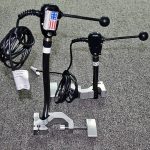