REV UP! Advocating for the Needs of People with Disabilities This Election REV UP is the slogan among the disability advocacy and self-advocacy community to use the power and right to vote.

There has been increasing concern about whether people running for office in state and local elections have been considering the needs of the nation’s largest minority: people with disabilities.  Voting is an essential part of independence, fully participating in society. For people with disabilities, this act of civic engagement is also a means of advocacy and self-advocacy. The American Association of People with Disabilities (AAPD) is among the leading organizations in this regard. Issues include the following:

And, most important, this advocacy work must continue beyond the election, as Congress is responsible for enacting laws that protect the rights of people with a disability.

Among the disability community, over the past several years a phrase has emerged: “Crip the Vote.”  The casual observer may question the use of the word crip. After all, it is a shortened version of the derogatory term cripple. The organizers of the Sex and Disability Conference, held November 2015, reclaimed the word as an inclusive term to represent people with all disabilities. In other words, “Disability should be seen as a valued aspect of human diversity, bringing value to the world,” says Julie Williams, Wright State University. “Self advocacy begins by understanding that rights are never granted from above, the are grasped from below by those with the courage and determination to seize that to which they are entitled.”
–Hon. Tony Coelho (former Representative and cosponsor of the ADA)

The New Jersey Department of State has important voter rights and accessibility information on its website. Voters can report any problems directly via dedicated links. Poll workers have been alerted to the issues of disability etiquette with a booklet of the same name. The League of Women Voters has compiled a list of nonpartisan policy positions the organization believes are critical to defending the Constitution, rights, security, health, and well-being of all citizens. The League’s excellent online resource, Vote411.org, enables voters to learn more about some of their state and local races and even compare candidates for Governor and other offices. The website also offers assistance with the wording of the Public Questions in New Jersey  (and reasons to vote Yes or No), and other states.

Among us, the team members at Advancing Opportunities, these advocacy and self-advocacy initiatives bear keeping in mind, as we continue to “achieve full societal participation for all people with disabilities.” Is part of the vision that “We work toward every consumer’s potential to strive for greater independence, and it is our responsibility to guide and support them.”

In addition, Disability Rights NJ has attorneys standing by to answer your questions about disability-related voting issues today. Toll-free, at 800-922-7233. Justin Dart, the actor who spurred the ADA, is the subject of a poster, with the caption “Vote as if your life depends on it. Because it does!” 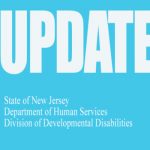 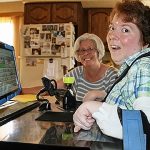