Judith Heumann: Teacher, Advocate, and Fighter for People with All Disabilities 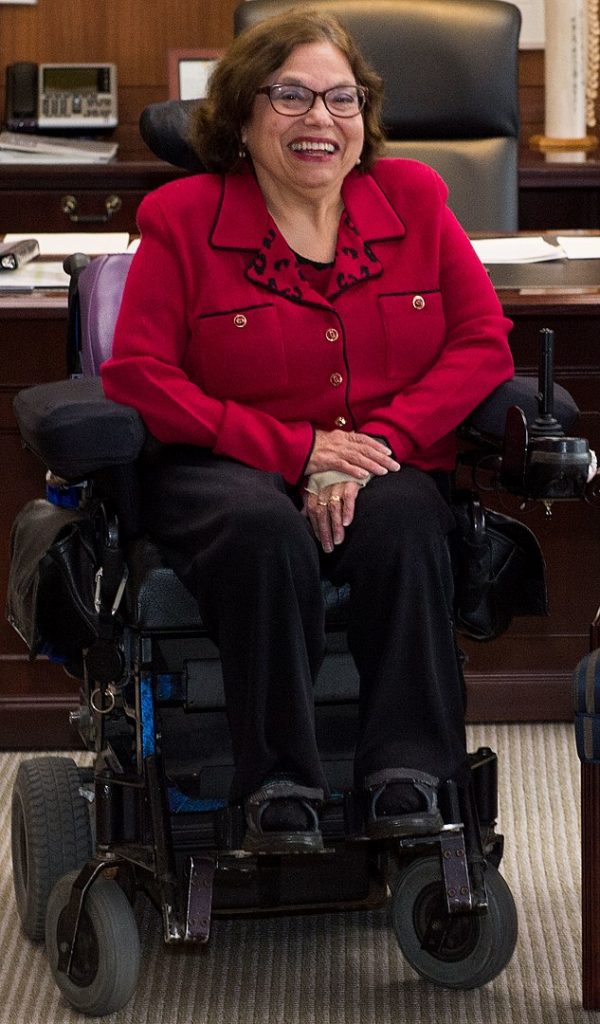 Judith Heumann has been a lifelong advocate for the equal rights of people with disabilities.
U.S. State Department photo by William Ng, via Wikimedia Commons

Born with polio, Judith Heumann has been fighting on behalf of people with disabilities since the late 1960s. The New York City Board of Education rejected her application for a job because, as a wheelchair user, she was deemed a safety liability. She sued and won the landmark case, becoming the first teacher in city with a physical disability. From this civil rights movement was born the disability rights movement.

In 1973, she fought for the Rehabilitation Act, commonly known as Section 504. The sit-in lasted 28 days, but she and fellow demonstrators prevailed. “We demonstrated to the entire nation that disabled people could take control over our own lives and take leadership in the struggle for  equality,” she said. For her work, Time magazine in 1977 named her Woman of the Year. (She recounted her life in a 2016 TED Talk.)

For the week leading up to International Women’s Day, Trevor Noah has been interviewing influential women. And for March 4, the subject was Judith Heumann. Mentioning how it is easy to take accessibility for granted in the era of the Americans with Disabilities Act, Trevor asked her what life was like before then. The author of the brand-new memoir, Being Heumann talked about growing up not only not having a motorized wheelchair, but not even being able to cross the street because of the curbs. Because her public school was not accessible, the principal denied her entrance because she would be a “fire hazard.” The owner of a Chinese restaurant told Judith and her friends that they had to leave. “That’s when I get fired up.” Looking back on her experiences at Crip Camp, the subject of a new documentary, she continued, “My story isn’t really my story. My story is really the story of many other people.” And it was that camp that allowed her and other disabled people to “fantasize what we wanted our world to look like… and to question why things weren’t happening.”

“In the United States and around the world, one of the biggest issues is that people with disabilities need to feel proud of who we are, we need not to be ashamed of who we are. Many people with disabilities have invisible disabilities… and people are frequently afraid of speaking out because of the stigma. What we find when we start speaking up about who we are, with pride and ownership, that we have a right that we have a right to be equal members of our society wherever we live, that really makes a change.” Citing the elevators in the Washington, DC, Metro, which many parents with small children use, Judith explains how accommodations for the disabled benefit all of society.