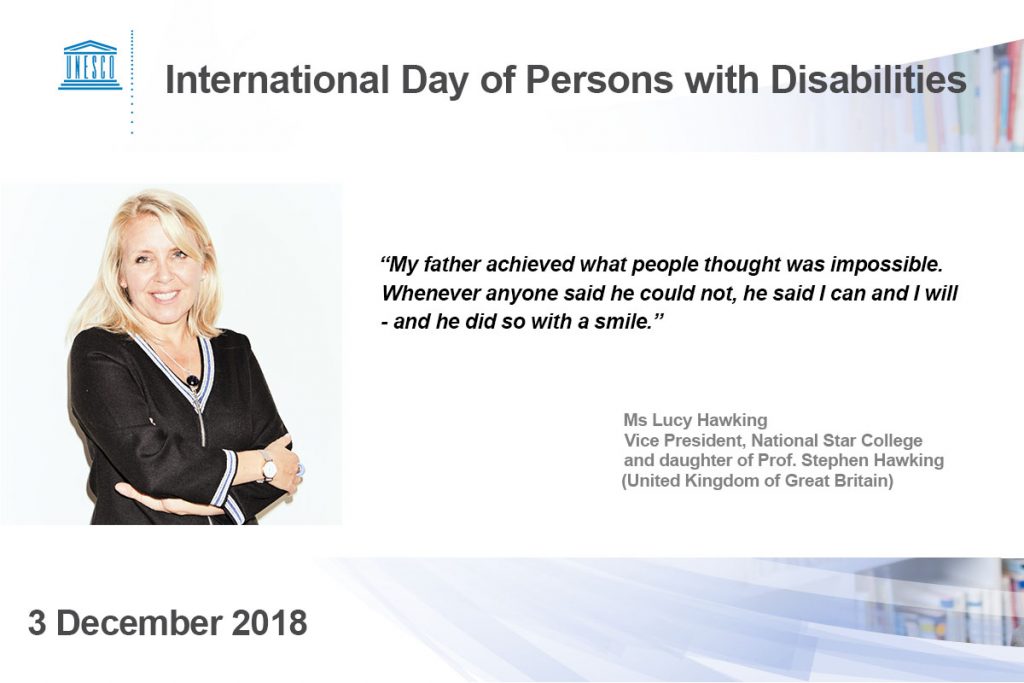 Lucy Hawking, daughter of the late Professor Stephen W. Hawking, is the keynote speaker for 2018.

Although most awareness months and days are on a national scale, this December will feature a global effort to raise awareness and promote advocacy. December 3 is the United Nations International Day of Persons with Disabilities (IDPD). This is an effort to “promote the inclusion and empowerment of persons with disabilities in education, the sciences, culture, and communication and information.” Observed since 1992, the IDPD focuses on a different worldwide theme. For 2018, the theme is “Digital Empowerment of Persons with Disabilities.” The keynote speaker will be Lucy Hawking, daughter of the late Professor Stephen W. Hawking. Central to the theme this year is the objective, “to ensure that women and men with disabilities are integrated fully into every aspect of social, political, and economic life.” Indeed, access to technology through Information and Communication Technologies is critical in all areas of life to enable persons with disabilities to participate in society to the highest degree possible. (Assistive technology, especially augmentative and assistive communication (AAC) hard- and software, comes into play here!) 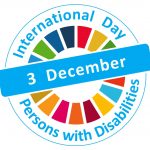 IDPD raises awareness and promotes advocacy for these people.

Furthermore the larger objective of the International Day of Persons with Disabilities is to raise awareness of all types of disabilities and dispel archaic ideas and stereotypes and stigma, as these are often “the greatest barrier to their full and equal participation in society and development on an equal basis with others.” Moreover, over the course of our lives, most of us will become disabled to some degree.

The International Day of Persons with Disabilities recognizes not only physical disabilities, but also mental, cognitive, and emotional disabilities. Already a vulnerable group, these people, often face discrimination in employment and other areas of daily living or, at the very least, confront considerable hurdles to accomplishing these tasks effectively.

The Story Behind the Story 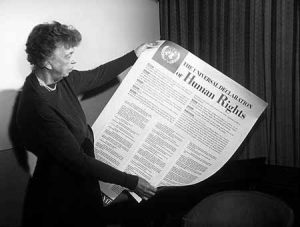 Former First Lady Eleanor Roosevelt led the effort to adopt the U.N. Universal Declaration of Human Rights, on which the International Day
of Persons with Disabilities is based.

Soon after the U.N. was formed, the General Assembly in 1948 produced the Universal Declaration of Human Rights. This document was the first global statement of human rights and dignity.

1981 was the U.N. International Year of Disabled Persons. According to the U.N., the theme of was “full participation and equality,” defined as “the right of persons with disabilities to take part fully in the life and development of their societies, enjoy living conditions equal to those of other citizens, and have an equal share in improved conditions resulting from socioeconomic development.”

The United Nations Decade of Disabled Persons started two years later, in 1983, and ran through 1992. Governments and organizations worldwide were encouraged to undertake measures to improve the lives of people with disabilities. During the final year, U.N. General Assembly proclaimed December 3 as the International Day of Disabled Persons. In 2008, the name was changed to International Day of Persons with Disabilities.

The U.N. efforts address the current status of the U.N. Convention on the Rights of Persons with Disabilities, an international treaty comprising eight principles: 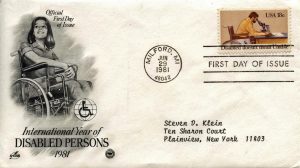 This U.S. commemorative stamp and envelope pay homage to the International Year of Disabled Persons, 1981.

Accessibility, inclusion, non-discrimination, and opportunity are all the very values we embrace in our mission of enhancing the lives of people with all disabilities.

Inclusion is a critical step in enhancing the lives of people with all disabilities, enabling them to fully participate in society.

1 in 5 Of the 7.3 billion people worldwide in 2015, some 1 billion live with a disability. In the US, about one in five, some 57 million, have a physical or mental disability.

1 in 4 One in four people worldwide will experience depression or another mental disability sometime during his or her lifetime, according to the World Health Organization, a UN agency.

8 years In US and other Western nations, where life expectancy is 70 or more years, a person will spend on average about 8 years, or 11.5 percent of his or her life span, living with a disability. 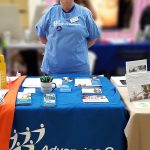 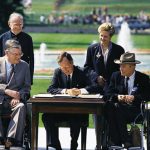 Thank You, Mr. Bush, Advocating for All People with DisabilitiesAdvocacy and Self-Advocacy, Disability Awareness and Appreciation
Donate Now!
X