The Genius of Braille: A Real Eye-Opener “Giving Braille a New Lease on Life”

Braille itself is timeless. However, innovations in assistive technology hail exciting times for Braille. Or as the World Blind Union (WBU), the organization behind World Braille Day, puts it: “giving braille a new lease on life.”

As it approaches its 200-year anniversary, Braille continues to be a time-proven means of communication. However, with many recent innovations in assistive technology (AT), Braille has become much more accessible. Of particular note are refreshable braille displays; we covered one such device, the Focus 40 Blue.

Braille displays are AT devices placed at the base of the computer keyboard. On top are 40 or more braille cells or characters; each one has the six dots, which the display raises and lowers to represent each letter of the alphabet and the numerals 1 through 0 (the last being combined with other numerals to create multiples of 10).

The Genius of Braille: A Real Eye-Opener 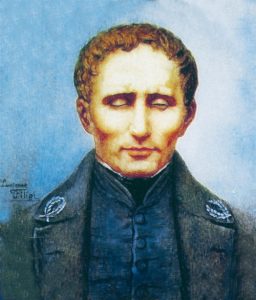 The man behind World Braille Day was both an inventor and a disability advocate.

In 1809, on January 4, Louis Braille was born. At age 5, the curious boy was blinded in an accident with one of his father’s tools. However, Louis refused to let his disability stop him from getting the most of life. As a teen at the Royal Institute for Blind Youth in Paris, he self-advocated by developing the system of writing that, to this day, bears his name. In his honor, the of January 4 has been declared World Braille Day.

Braille’s alphabet consists of a series cells containing, in a 2 x 3 grid, as a raised dot or a blank space. Though there are only six dots or spaces, they can be combined in 64 different ways, allowing for other characters, including letters from the alphabets of other languages. In other words, braille is not a language, but a code for transcribing many other languages. Nowadays, there are two main types of braille: Grade 1 and Grade 2.  Grade 1 is a functional letter-by-letter transcription of text. Grade 2 uses combinations of letters in a single braille character, allowing for much shorter documents; it is the most widely accepted form of braille. Even the advanced-technology braille displays [Reference to Jan. 2 AssistiveTechTuesday article goes here] are based on the nearly 200-year-old creation of Louis Braille.

Braille provides access to written communication for blind people, in other words, accessibility beyond physical means such as access ramps. In other words, braille is a form of inclusion, allowing everyone to participate in an important aspect of society, regardless of their disability. In creating the braille system for reading and writing for the blind, Louis Braille was advocate and self-advocate for people with disabilities par excellence. And for his part in developing the braille writer, Louis Braille was also one of the great assistive technology specialists of all time.

“Access to communication … is access to knowledge, and that is vitally important for us if we [the blind] are not to go on being despised or patronized by condescending sighted people. We do not need pity, nor do we need to be reminded we are vulnerable. We must be treated as equals—and communication is the way this can be brought about.” 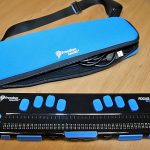 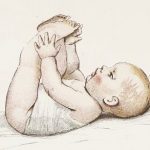